What's On The Bookshelf Wednesday - Some Serious Inspiration! 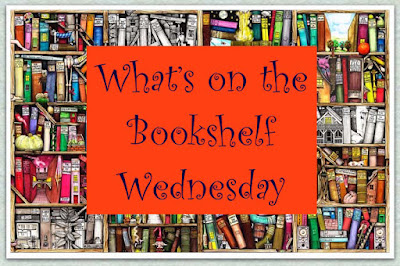 It's Wednesday, and time to take a look at the bookshelf again!  This week, I want to share a book that a friend of mine found in the library - full of wonderful inspiration!

You may be familiar with the Quilts of Gees Bend - quilts made by women in southern Alabama out of what they had on hand, that are beautifully primitive and artistic.  The quilts in this book will remind you of those quilts, but with much greater variety. 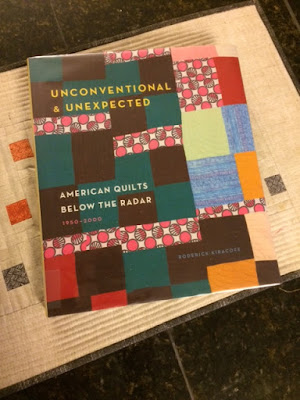 Unconventional and Unexpected shares American quilts that have flown below the radar, made between 1950 and 2000.  There is so much creativity in these quilts!  I particularly love the colors in this beauty... 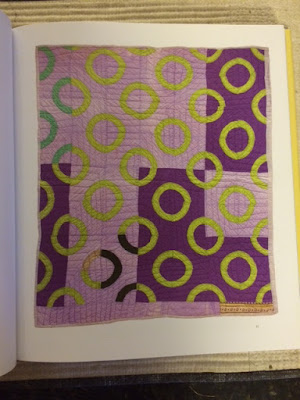 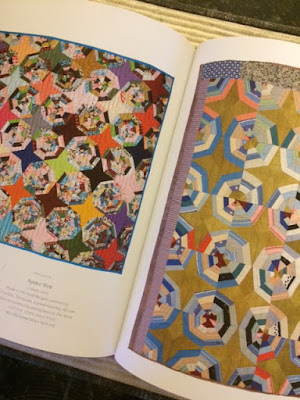 Spiderweb quilts are so popular now - take a look at these two, made respectively between 1975-2000 and 1940-1970.  The one on the right was actually made very near me, in the Hard Bargain community of Franklin, TN, a predominately African American community dating back to the 1870's. 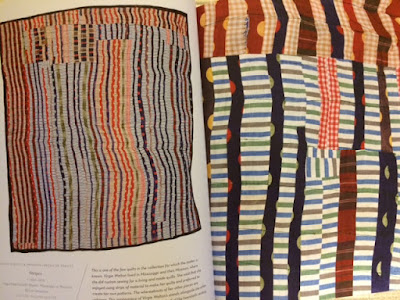 And oh, isn't this striped quilt, made between 1950-1975, wonderful?  The movement in this quilt makes me smile! 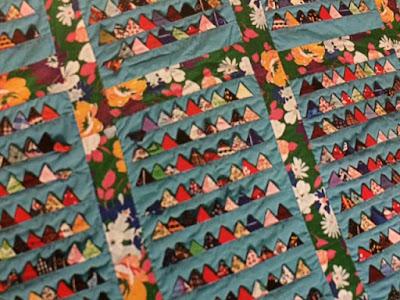 And this quilt uses prairie points in a way I've never seen before -the entire quilt was covered with rows of them!  It was made between 1960-1985. 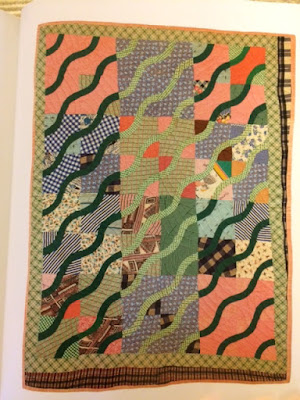 This quilt looks like something that could have been made just recently, but it dates from 1940-1970.  It's called Rattlesnake/Snake Trail. 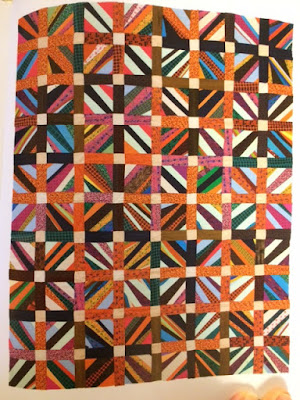 Another feature that I really liked about this book was that occasionally they would show the back of a quilt or flimsy.  The quilt shown above was one of those.  An unfinished top, dating from 1950-1975, it was foundation pieced on pages from the Sears, Roebuck & Co. catalog.  Fortunately, those paper pieces were never taken off, and this quilt is quite a treasure! 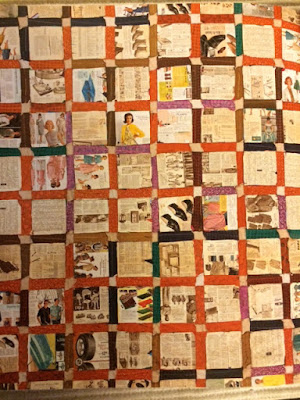 I don't think I would ever quilt this top - the papers on the back are such a wonderful conversation starter!  I can remember poring over the pages of the Sears catalog when I was little - you could literally buy anything there! 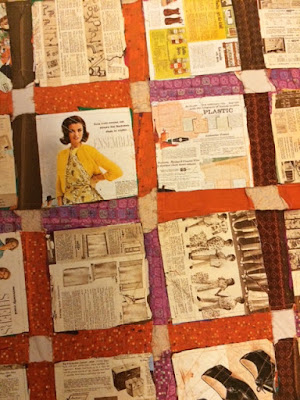 This isn't an inexpensive book, so it may be one you want to check out from your local library or put on your Christmas wish list (it's on mine!) but it's definitely worth reading!  There are wonderful essays about the quilts and quilting lore interspersed between the photographs, and a whole lot of inspiration in this coffee table book.